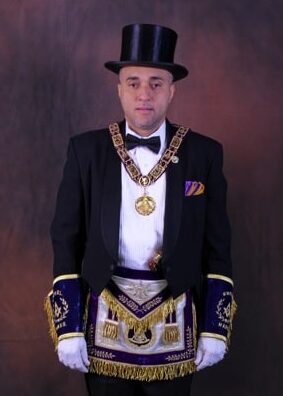 It gives me great pleasure to welcome you to the Most Worshipful Prince Hall Grand Lodge, Free and Accepted Masons, Jurisdiction of Massachusetts’ website. You are now visiting the oldest Black Organization in America. Our legacy started On March 6, 1775 when Prince Hall and 14 men of color were made masons in Lodge No. 441 of the Irish Registry attached to the 38th British Foot Infantry at Castle William Island in Boston Harbor. It marked the first time that men of color were made Masons in America.

When the British Army left Boston in 1776, Lodge No. 441, granted Prince Hall and his brethren authority to meet as African Lodge #1 (Under Dispensation). Finally, on March 2, 1784, Prince Hall petitioned the Grand Lodge of England, through a Worshipful Master of a subordinate Lodge in London (William Moody of Brotherly Love Lodge No. 55) for a warrant or charter.  It was granted on September 29, 1784! Captain Scott, brother-in-law of John Hancock delivered the warrant to Prince Hall personally on April 29, 1787.

Prince Hall died on December 4, 1807 and his remains are interred at Copp’s Hill Cemetery in Boston, Massachusetts.  In 1847, out of respect for their founding father and first Grand Master, they changed their name to Prince Hall Grand Lodge, the name it carries today.

Two hundred and forty-five plus years later, Prince Hall’s legacy as a freemason, a founding father, a leader and first black Grand Master has survived. There are now over forty-five hundred lodges worldwide, forming over forty-seven sovereign Jurisdictions with a membership of over three hundred thousand Masons who can trace their origins to African Lodge No. 459 Boston, Massachusetts.

I am the seventy-first Most Worshipful Grand Master of the Prince Hall Grand Lodge, Jurisdiction of Massachusetts, carrying on the legacy started by Bro. Prince Hall so many years ago.

It is my hope that your visit here will be all that you have anticipated and may the Great Architect of the Universe continue to shower blessings upon you.